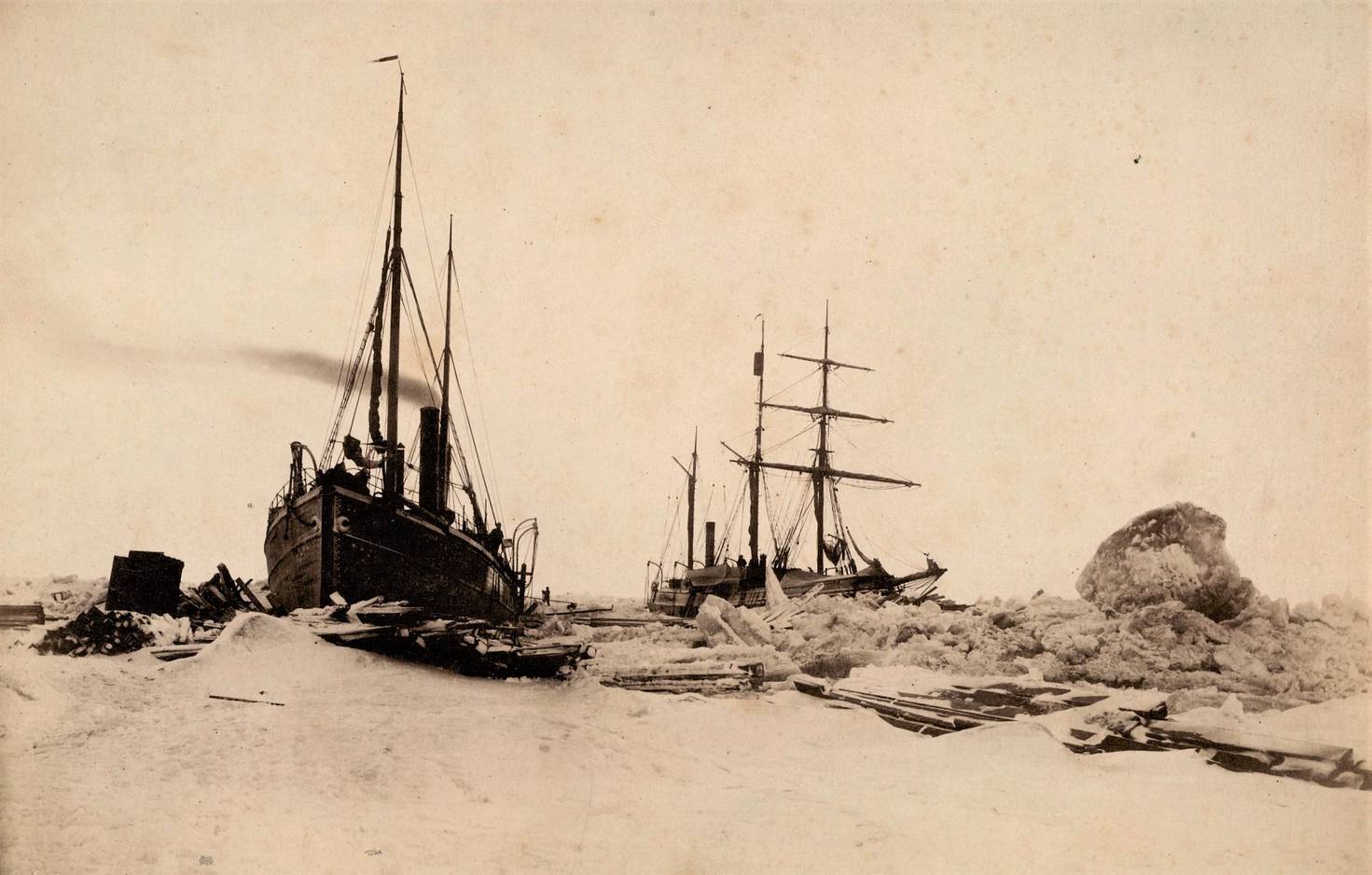 = Of the 30 albumen prints 21 were used as illustration in the commemorative work written by the leader of the expedition, M. SNELLEN, "De Nederlandsche Pool-Expeditie 1882-83" (publ. Utr., 1886). Almost all plates are numbered on mount in pen and ink in upper left corner from 1-28 (3x unnumb.); some of the prints also have a number in pencil referring to another (unidentified) publication in which they were used. The plates that were not used in Snellen's book include several interesting plates, that were possibly deemed to be too lighthearted to be included in the serious work of Snellen. They show a "relaxed" group photograph of "De officieren der Dymphna en van de Expeditie 3/ 10/ 82", the entire group of members of the expedition celebrating "Carnaval" on "5 2/83", "De manschappen der Expeditie 1 4/83" (including their dog) and the "Muziekcorps 25 7/83" (5 crew members playing their selfmade wind instruments outside in front of a sloop). Two other remarkable photos (both with mounted letterpress caption identifying the sitters) that were not included in Snellen's book, are a photograph of the group of 6 scientists that formed part of the expedition and a photograph of the 5 crew members of the expedition's ship the Varna. Both groups pose in front of a wooden bulding (possibly the hut that the expedition built) and the scientist wear very thick protective fur coats, whereas the boatsmen wear less exuberant fur coats (possibly for practical reasons). SEE ILLUSTRATION PLATE III.

- A few scattered manuscript corrections in pen and ink in the hand of the publisher (the same hand that has written the title etc. on the frontwr.). Wrappers dam. along margins.

= The "Voorlopig Verslag" consists of factual reports written by the scientists that took part in the expedition. As Maurits Snellen writes in his introduction this was to correct the inaccuracies, rumours and incomplete information that had been published in the absence of the scientists themselves. The 16 leaves were published serially for publication in several Dutch newspapers between 17 October 1883 and 8 December 1883. On the expedition cf. cat. NHSM I, p.312.