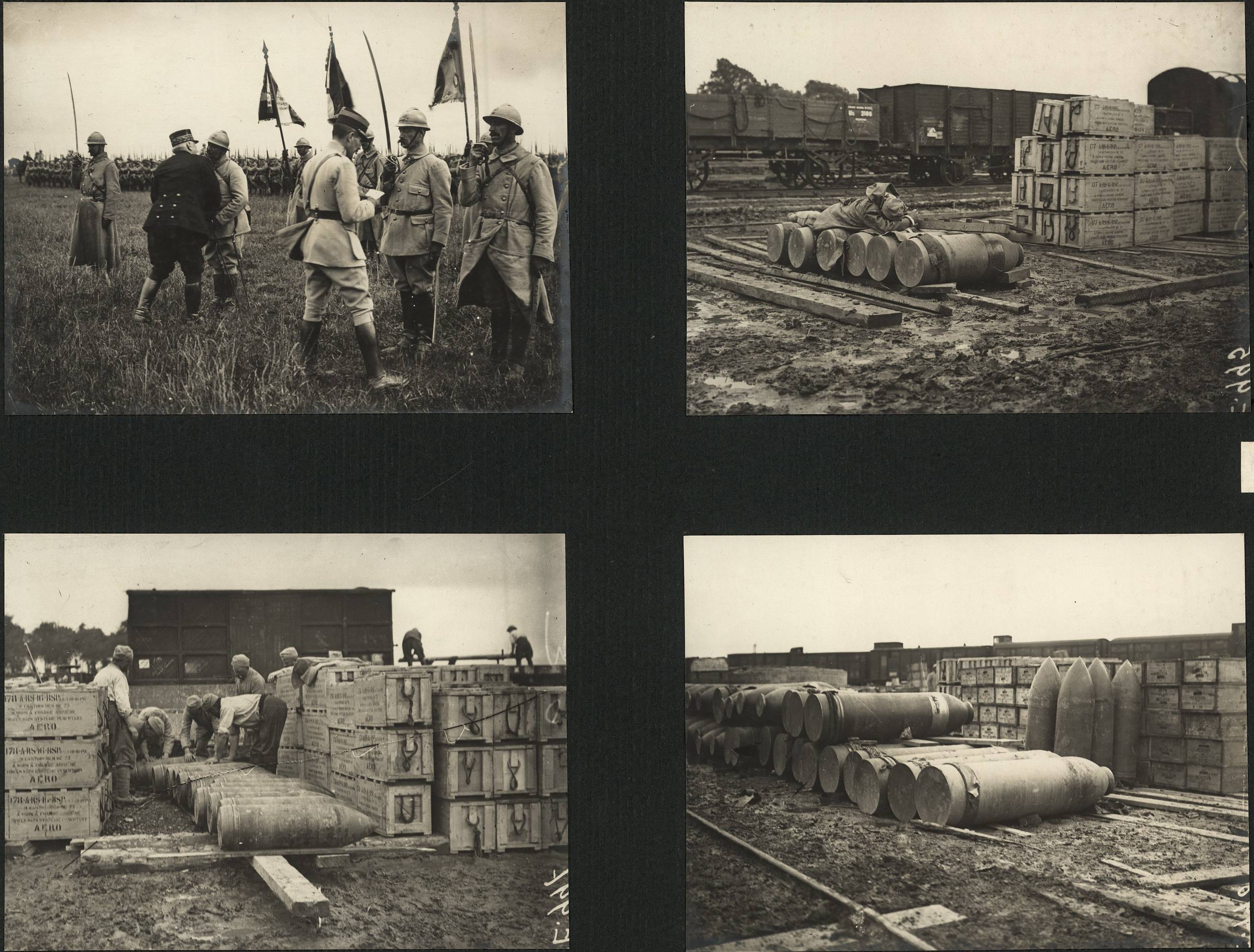 = A total of 960 photographs, mainly of life in the trenches and of the ruins of war. Included are photographs of the frontlines in Saloniki, Corfu, Cyprus, Macedonia, Northern France, Belgium; photographs of the various exotic troups involved in the war: the Zouaves, the Spahis, Senegalese troups etc. Most of the main (allied) generals, heads of state etc. are shown performing their war-time duties. Some important names: Clémenceau, Fayolle, Foch, Gueydon, Douglas Haig, Joffre, Lord Kitchener, Lloyd-George, Nivello, Pétain, Poincaré, Roques, Venezilos. Also interesting for the depiction of the mixture of old fashioned and modern warfare techniques: reconnaissance-balloons, kites, airplanes, Zeppelins, cavalry brigades, chemical warfare, horse-drawn cannons etc. A fascinating collection, possibly forming the photographic archive of one or more war-photographers or of a press-agency, judging from the traces of typescript annotations on verso of photographs. Each album contains a (uniform) manuscript numbered list of captions at the end, each with the numbers of the series to which the photographs belong added. SEE ILLUSTRATION PLATE LIII.