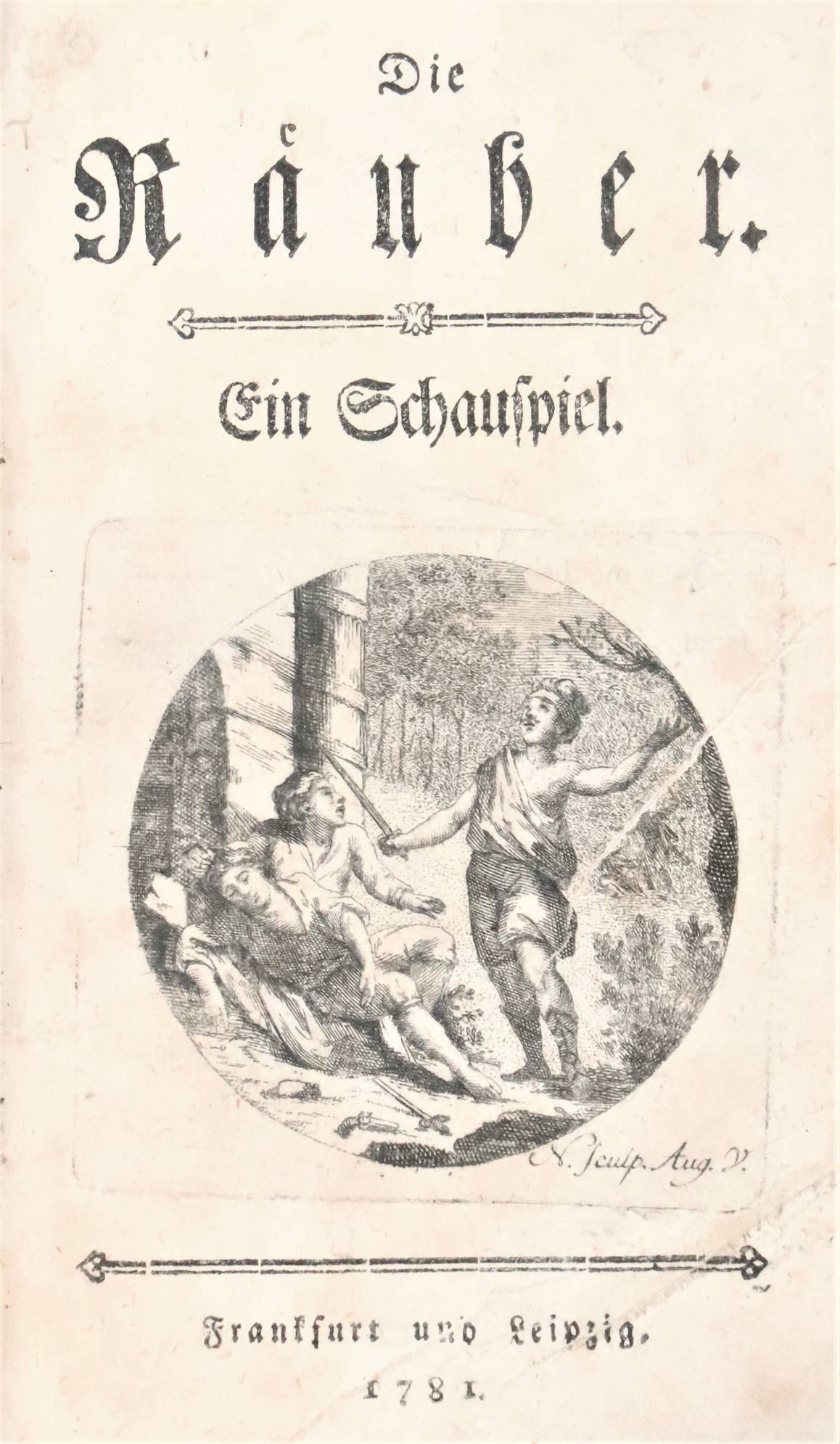 = First edition of Schiller's first drama, anonymously published. One of the most sought-after books of classic German literature in a well-preserved and broad-margined copy. With the characteristic features as described by Deneke: the misprints "lansch" and "grossrr" on p. 65 as well as the erroneously paginated pages 69, 163 and 204, also with the uncorrected numbering of the 2nd scene in the 4th act. Very rare. Marcuse 31; Goedeke V, 162, 24; Kat. Deneke 749; Borst 429; Brieger 2102. SEE ILLUSTRATION PLATE CXXI.