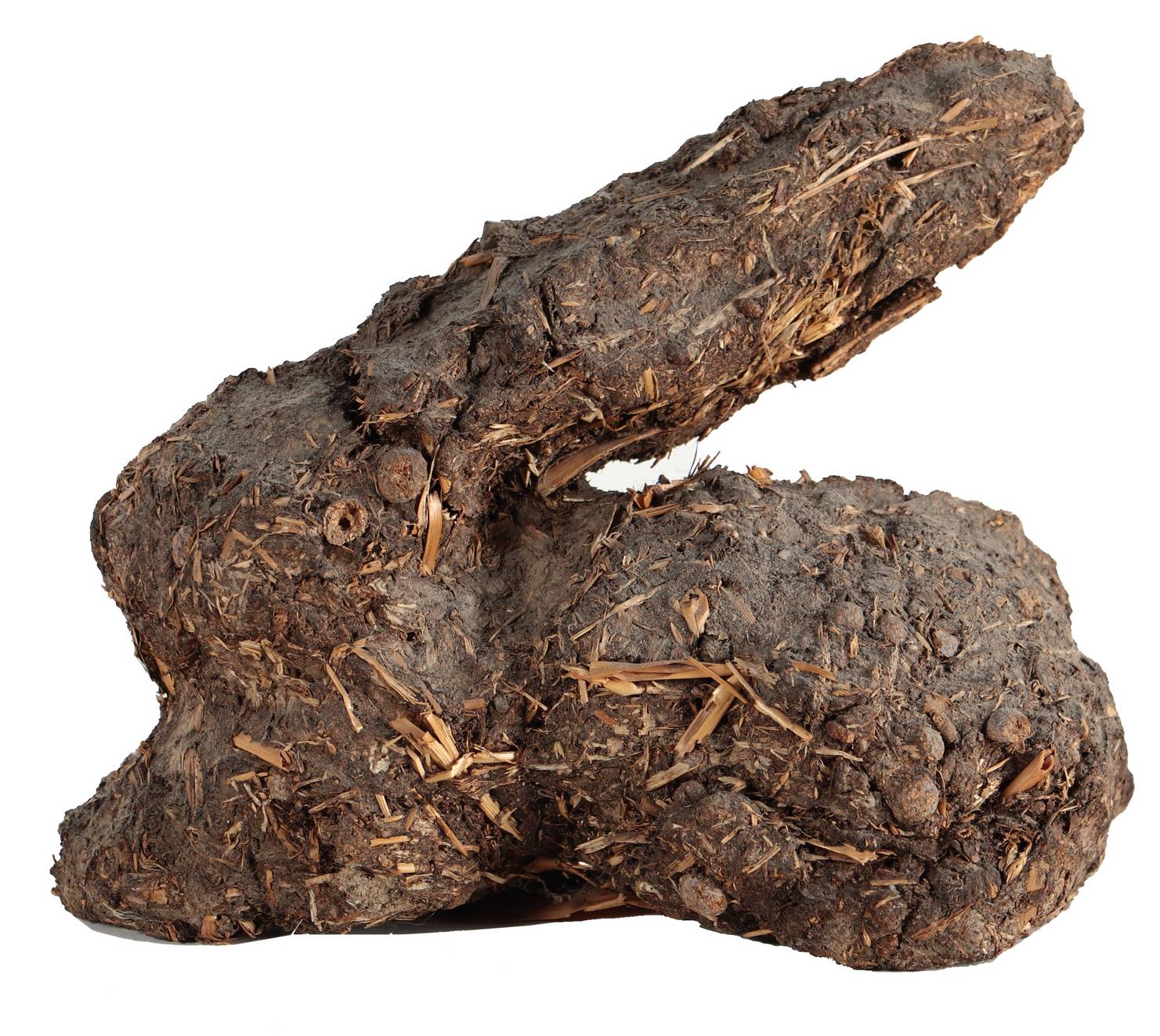 - Crack at the foot of the rabbit's ears; label sl. waterstained.

= Dobke p.16 and 32. "In the late sixties, Daniel Spoerri founded a restaurant in Düsseldorf with a wildly eccentric menu that extended even to dishes with crocodile or elephant meat. In a neighbouring shop he set up the renowned 'Eat Art Gallery', which chiefly exhibited art works made of foodstuffs. Roth and Spoerri had been close friends since their youth in Berne, and in 1971 Roth exhibited the majority of his foodstuff multiples along with several originals in Spoerri's gallery. In addition he created a multiple for the gallery with the very precise, descriptive title: 'Karnickelköttelkarnickel' [Rabbit dropping rabbit]. He had the mould, which is vaguely reminiscent of the forms for the chocolate Easter bunnies, tightly packed with rabbit ordure by the Basle sculptor Walter Moser and left to dry. Each of the total of 210 [sic] copies had a label based on a drawing attached at the bottom, which was signed and numbered by Roth.

The 'Karnickelköttelkarnickel' was and remains the only multiple in which Roth took excrement, as the concluding stage of the organic process of disintegration, as his artistic material. It is remarkable how he managed to take an intrinsically repellent material and produce a droll animal that lacks nothing in aesthetic appeal. Together with Piero Manzoni's cans of 'Merda d'artista' from 1961, this must be one of the few cases in art history in which the end product of the digestive process has been utilized as the fabric of a work of art." (p.16). SEE ILLUSTRATION PLATE XXIX.